WHEN THE WORLD BEGAN

When the world first began, there were only sky and water. /2/ There was no land, no sun, no moon, and no stars. Instead, the sky was ruled by the great god Captan, and the water was ruled by the goddess Maguayan. Maguayan had a daughter named Dagat (sea) and Captan had a son named Hangin (wind). Dagat and Hangin fell in love and the two gods agreed that their children marry, thus the union of the sea and the wind.

In due course, Dagat and Hangin in turn had four offsprings: three sons named Calibutan (land), Adlao (sun) and Bulan (moon) respectively, and the youngest, a beautiful daughter called Sugâ (light). Calibutan was brave and strong. His body was made of solid rock! Adlao was fashioned out of gold and was amiable and pleasant-tempered. Bulan was made of copper and was more timid, following wherever Adlao went. The lovely Sugâ, formed from pure crystal, was sweet and gentle. Dagat and Hangin were proud of their family and loved them dearly. When Hangin died, he left the control of the winds to his eldest son Calibutan. His widow Dagat thereafter sought the help of Maguayan and Captan in protecting their now grown grandchildren.

Days went by and life went on, with Calibutan assuming the former responsibilities of his farther. After a while, however, as he enjoyed his new-found powers over the winds, he became desirous of taking over the control of the world from his grandfather whom he saw as weak. He could do better, he thought, and the world would be safer in his hands. So he started to connive against Captan. First, he solicited the support of his brother Adlao. Adlao initially refused, but he was afraid of his brother’s wrath, so he finally surrendered to Calibutan’s persuasions. The diffident Bulan naturally followed Adlao.

The three brothers then plotted their next move. When everything was ready, they rushed up to the sky, only to discover that the metal bars of the gates that guarded the entry to the sky were too strong even for the three of them. Their activity, however, alerted Captan who quickly realized what the three brothers were doing. In blind fury, Captan let loose a bolt of lightning at Calibutan who deflected it with the power of his winds. Meanwhile, on seeing this, the two brothers Adlao and Bulan started to run away when Captan turned on Adlao and struck him with another lightning bolt, turning him into a molten ball. Bulan closely behind Adlao, was hit by the lightning’s ambient heat and he too melted into a ball. Captan next turned his attention on Calibutan. With full force, the third lightning bolt caught Calibutan squarely, breaking his rocky body into pieces. Chunks of it, some big, others small, fell down to earth, turning into land as they hit the sea.

Meantime, Sugâ was visiting her mother Dagat and had no idea about the conspiracy. On returning home, however, she missed her brothers and came looking for them. Not finding them with Maguayan she went up to Captan thinking they might be at the sky. But Captan, still in shock over the treachery of the three brothers, thought Sugâ must have been with the plotters. Sugâ was starting her question when Captan’s lightning bolt hit and her crystal body broke into a thousand tiny pieces. Too late Captan realized his mistake.

When Maguayan and Dagat heard of this, they were inconsolable. Captan too wished he could bring the dead back to life, but even gods were powerless to do this. As the three wept, especially over the gentle Sugâ who had nothing to do with the uprising, they devised a way of always honoring their memory. They gave each body a beautiful light to guide the sky. The golden Adlao became the sun, the copper Bulan the moon, and the beautiful crystal Sugâ the twinkling stars in the night sky. 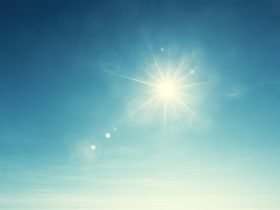 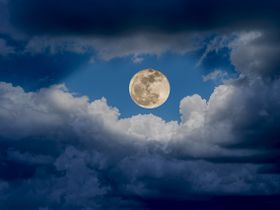 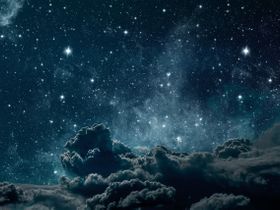 But what to do with the iniquitous Calibutan? The gods gave him no light. Instead, his body was made to support the weight of life in all its varied forms all over the world. These included the creation of the first man and the first woman. Captan gave Maguayan a seed to plant on Calibutan’s body. Soon, a bamboo tree sprouted out and from the hollow at one end of a bamboo tube sprang a man, and on the other end, a woman. The first man and woman married and had children, and their children had children. Thus, Calibutan was made to bear the burden of supporting the ever-growing mankind, which became heavier each passing day.

/1/ A version of the myth was published by John Maurice Miller in 1904, reprinted in PHILIPPINE FOLKLORE STORIES. The Good Press, 2019;

/2/ Many Philippine creation myths start with only the presence of sky and water. The height of the sky and the depth of the sea must have inspired wonder and awe among ancient peoples so that they concluded this pair made everything that was located in the space between them. Lightning and thunder were the weapons of the sky, whereas gales and floods were the weapons of the sea. That the ancient Filipinos worshipped the sky god was already insinuated in Pigafetta’s diary written in 1521 during Magellan’s misadventures in Cebu and Mactan. The Italian scholar observed that before the natives started on their feasts, they would raise their clasped hands and faces towards the sky. Likewise before they drank from their cups.

/3/ The hawk sometimes also participated in creation. In 1567, the chronicler of Miguel Lopez de Legaspi documented a creation story he had heard soon after Legaspi’s expedition reached the Philippines.  In this version, the world was originally inhabited only by the sky and the water. The hawk not having a place to alight, provoked the anger of the water so as to make it fight the sky. The offended sky then threw pieces of land at the water forming islands, and the relieved hawk finally found land to rest. The hawk was further involved in the creation of the first man and woman. A piece of bamboo was adrift on the water and the hawk pecked on it. On one side came out a woman, on the other side a man.

/4/ The most frequently told story of the creation of humans, however, was that of the sky god fashioning the first man and first woman out of clay which he then baked in the celestial oven. The first couple came out too light and the god was not satisfied. The second couple came out too dark and again, the god was dissatisfied. On their third try, the finished couple was just right: brown and golden, and the god said to themselves, “This couple is perfect. They should stay.” The rest then scattered about with the lighter pair going to the northern hemisphere and the darker ones going to the southern hemisphere. And so the different races peopled the earth. This little tale is probably of a more recent vintage, but certainly before the migrations of late, and the intermingling of races. Did this bit of ethnocentrism reflect the Filipinos’ sense of self-doubt? Tongue in cheek, it is still quoted in social media now-a-days.

/5/ The similarities of many important myths in the country, such as the first man and woman coming out of the bamboo plant, are perhaps partly the result of diffusion through trade and migration, and the common experiences shared by our ancestors. The story of the sky god Captan is also present in a number of provinces all over the archipelago, with special twists specific to certain localities.

/6/ The birth of the “bamboo” couple coming out at the same time from opposite ends shows equality between the two sexes, supporting many historians’ assertion that women played an equally important role in ancient Philippine society, and that patriarchy was brought into the country only in the 16th century, during the coming of the Spaniards. The Spaniards were bearers of the Abrahamic faiths with their different myths, e.g., the woman was created out of the ribs of the man in order to keep him company.

This is great. Thanks fir sharing! Looking forward to the book.